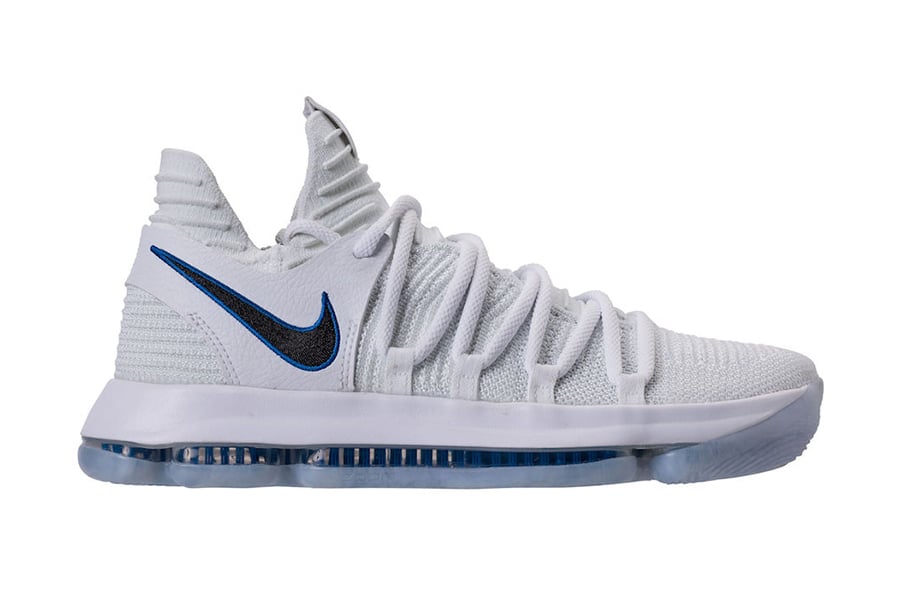 Winning his first world championship was a major milestone for Kevin Durant, one that coincided with his tenth year with Nike. The brand will release the Nike KD 10 ‘Numbers’ aka ‘Opening Night’ which will launch at the start of October, just before the NBA season starts.

Durant was named Finals MVP after averaging 35 points per game and dominating with his versatility. He debuted the KD 10 in May in the Western Conference finals and the new Nike KD 10 “Numbers” colorway, the first Nike Basketball signature shoe featuring a team logo, is a nod to his team’s “strength in numbers” mantra. In addition they will feature the NBA logo on the opposite tongue.

The Nike KD 10 Numbers is scheduled to release at select Nike Basketball retailers including online at Nike.com on October 1st, 2017. Retail price will be $150. Below you can check out additional photos which will provide you with a closer look.

Update: Another look at the ‘Numbers’ Nike KD 10. 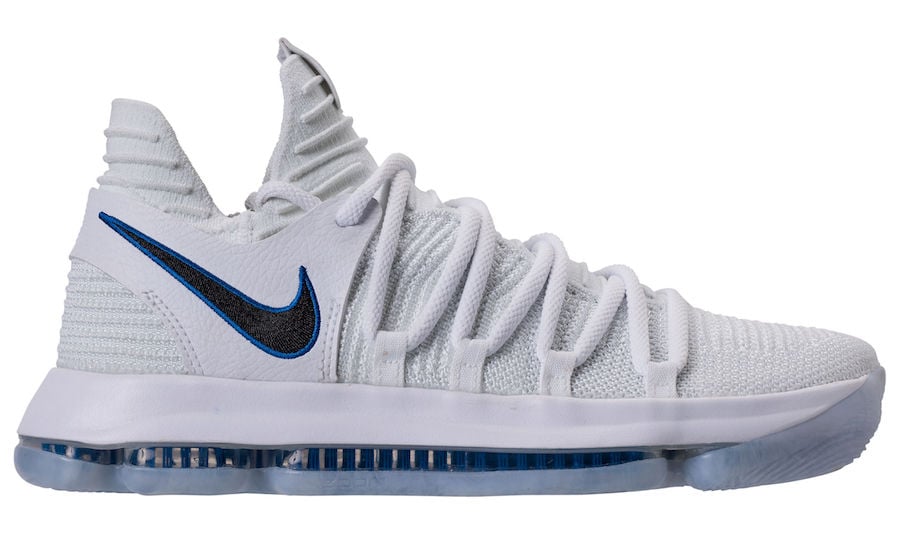 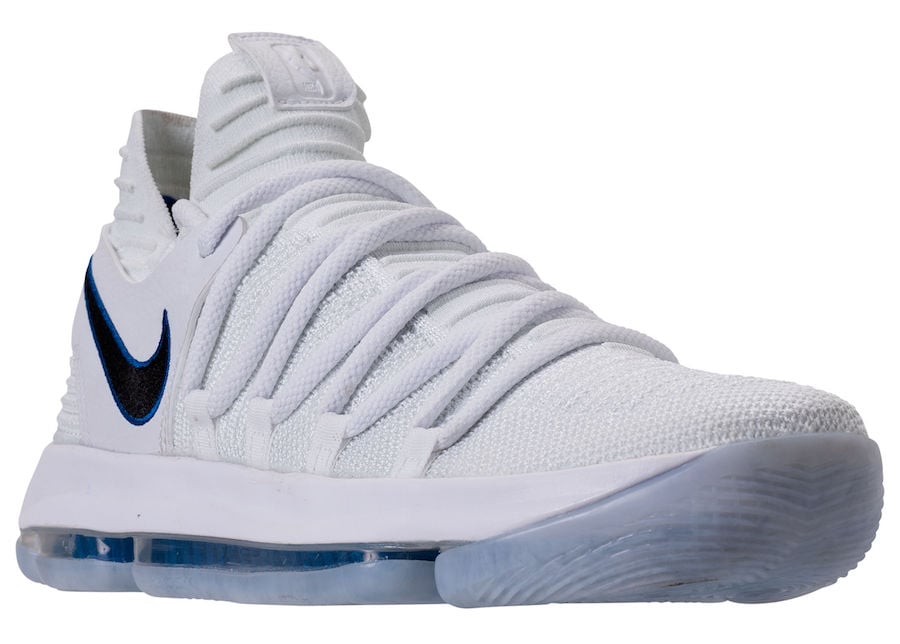 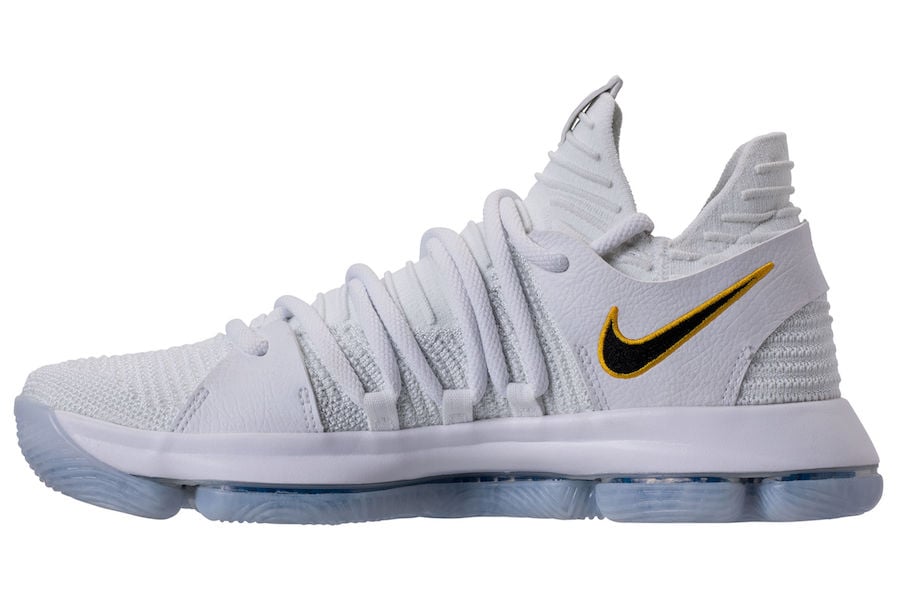 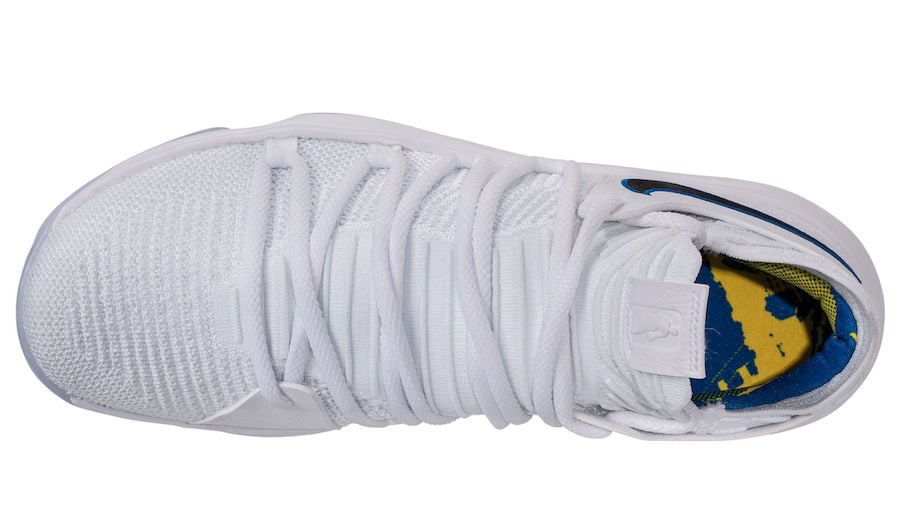 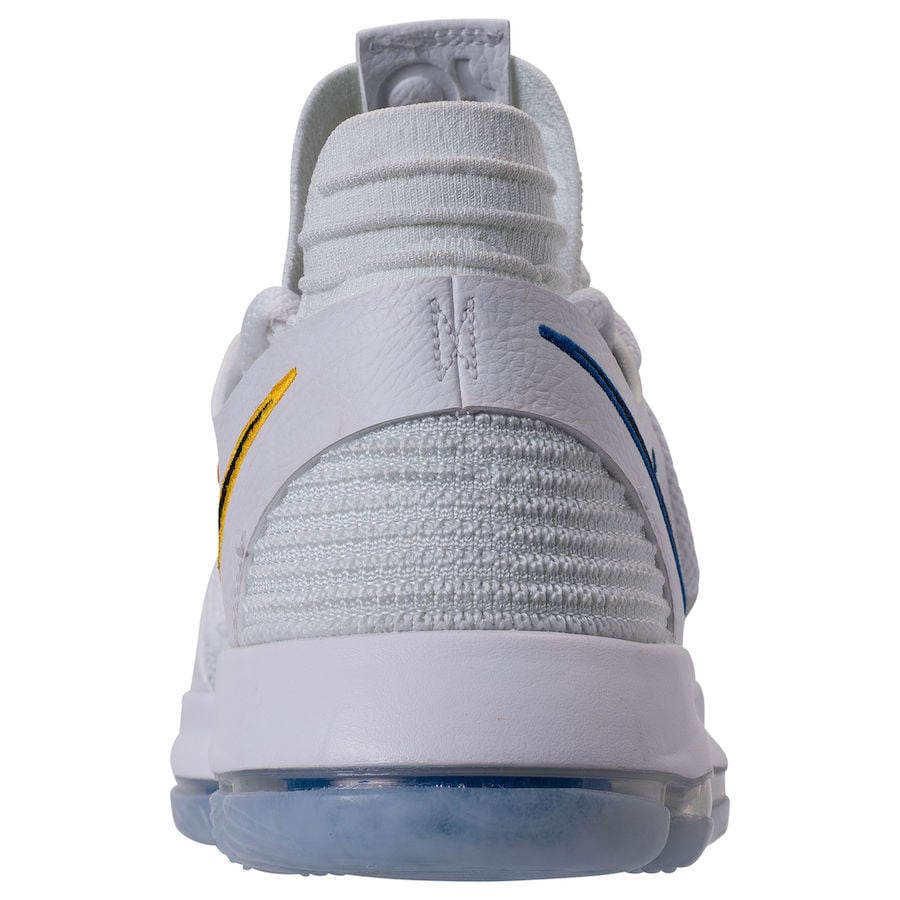 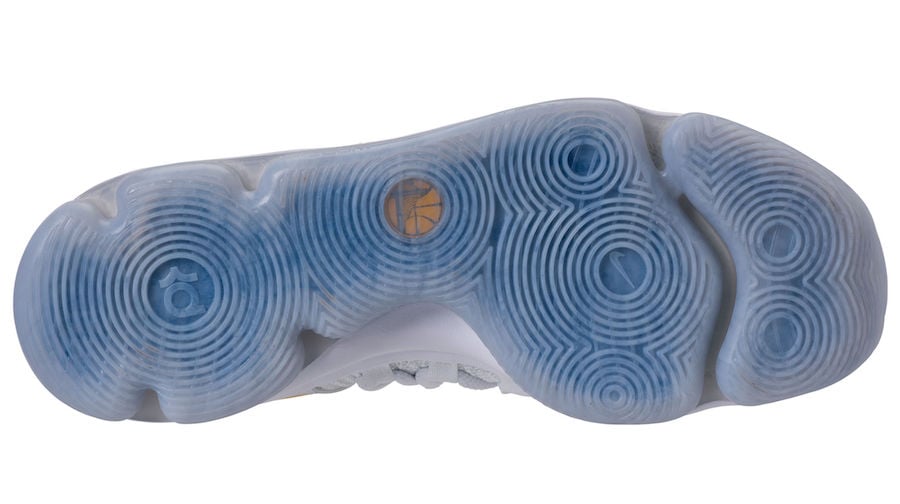 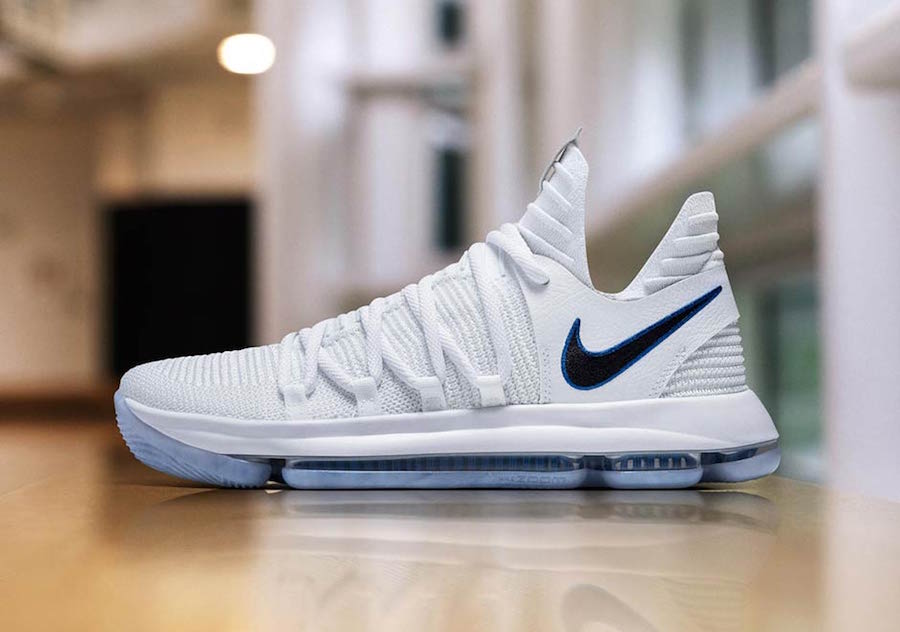 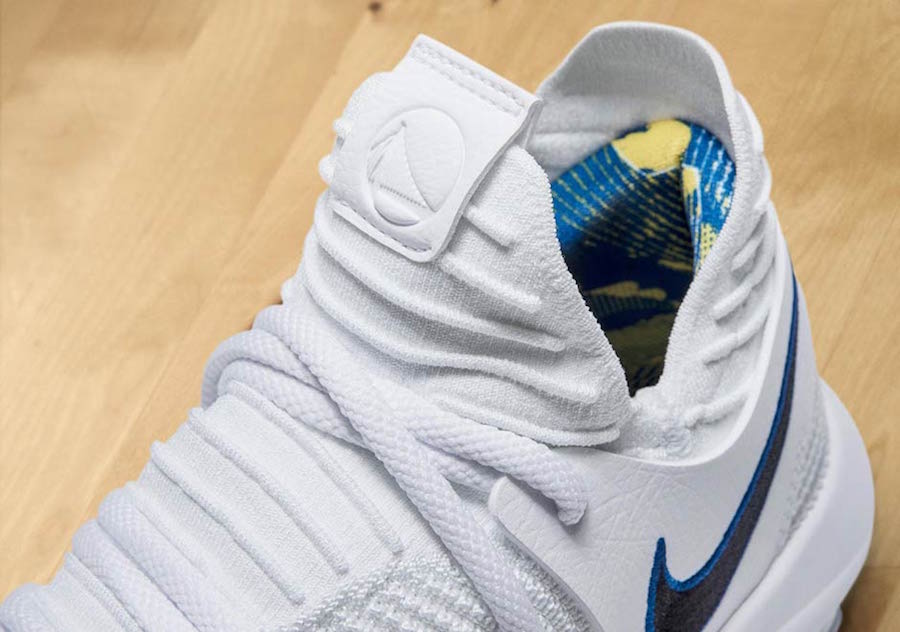 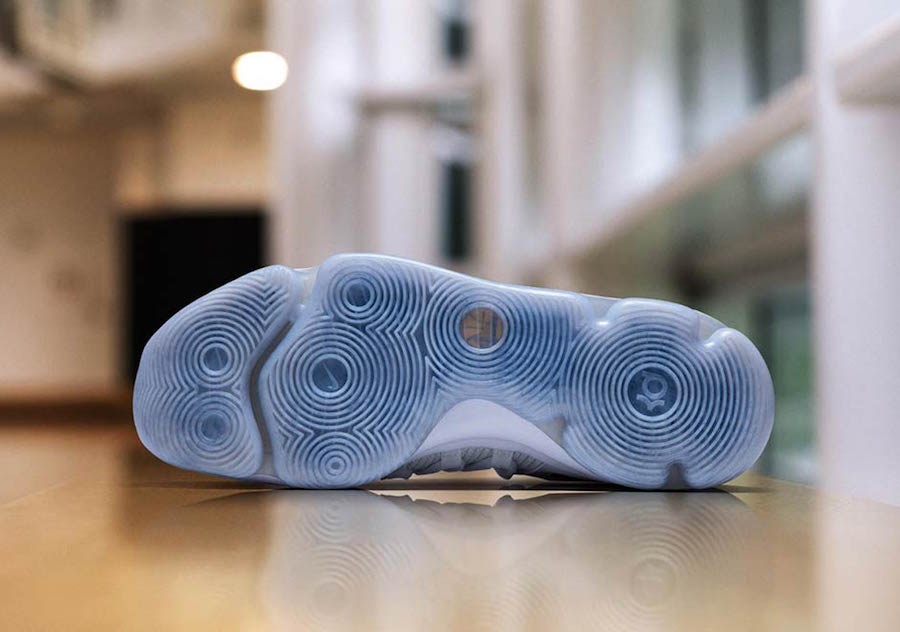 Brian Betschart
Founder and Editor of SF, Brian is considered an expert when it comes to sneakers. Collecting since he was in elementary school, his collection has grown to over 500 pairs and counting. Brian has published articles since 2004, and in 2006, he decided to create Sneaker Files.

Another Nike KD 10 ‘City Edition’ is Releasing in Hyper Turquoise

Sneaker Files is an online sneaker magazine which highlights the latest updates on Air Jordan, Nike, adidas and more.

Get the Latest Sneaker News Delivered